TOPIC: Why Your Church Should Safely Reopen Now

Let us hold fast the confession of our hope without wavering, for He who promised is faithful; and let us consider how to stimulate one another to love and good deeds, not forsaking our own assembling together, as is the habit of some, but encouraging one another; and all the more as you see the day drawing near. Hebrews 10:23-25 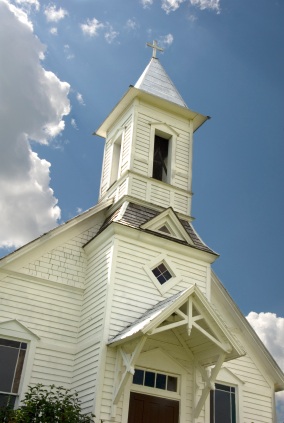 TOPIC: The Battle for Your Child’s Mind

“Fathers, do not provoke your children to anger, but bring them up in the discipline and instruction of the Lord.”  Ephesians 6:4

You will alter the future if you influence the young.  Looking at recent news stories, “indoctrinate the young” is a more accurate description.  Consider:

TOPIC: How the “Equality Act” is the Christian Persecution Act

On Memorial Day Weekend, when we remember the sacrifices made by members of our military and their families to protect the unique individual liberties we enjoy in the United States, such as freedom of religion and speech, a new law euphemistically named the “Equality Act”, already passed in the Democrat-majority House of Representatives, would greatly suppress those liberties.

The Equality Act adds “sexual orientation” and “gender identity” to the […]

TOPIC: How to Be Faithful in Persecution

In the course of 250 years of American history, Christianity has gone from being revered and the informing worldview of our constitution and culture to being cast aside from public life.

This devolution is occurring so rapidly now that Christians are openly persecuted for holding to orthodox biblical beliefs, particularly on the issue of marriage and morality.  For instance, to reject the lie that homosexuality and transgenderism are as unchangeable and amoral as skin color […]

TOPIC: How Can the Divided States of America Become United?

Then Jonah began to go through the city one day’s walk; and he cried out and said, “Yet forty days and Nineveh will be overthrown.” Then the people of Nineveh believed in God; and they called a fast and put on sackcloth from the greatest to the least of them.  Jonah 3:4-5

We live in the most prosperous, most powerful, most influential, most charitable, most free nation with the most opportunity in history.

The nomination process of Judge Brett Kavanaugh to fill the vacancy on the U.S. Supreme Court has been the biggest story of the year in America.  And for good reason—if confirmed, Kavanaugh will have lifetime tenure and be the deciding vote on the nation’s highest court, a nine-person body which rules on some of the most pivotal issues of our day with regard to religious freedom, abortion, and many others.

What the growth of non-Christians means. This is David Wheaton, host of The Christian Worldview.

A recent survey in the UK found that 53% have no religious affiliation. In America, a Pew survey found that 43% of young adults do not identify as Christian, whether Protestant or Catholic.

What has led to this is a relentless attack on the Bible, the ubiquitous promotion of humanism, and a failure of true Christians and churches to influence their […] 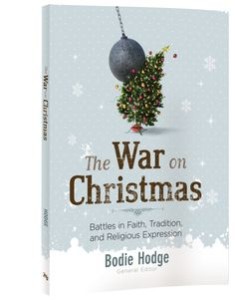 At this time of year, we hear news reports about the “war on Christmas”: […]

Perspective and Prayer Before the Election

How a Constitutional Republic Becomes a Banana Republic

Contrary to popular conception, the United States is not a democracy (majority rule) but rather a constitutional republic (constitution rule).

Based on the current presidential race, with the media aiding Hillary Clinton against fellow Democrat Bernie Sanders and Republican opponent Donald Trump, and considering several other political shenanigans that we will discuss, it seems that […]