TOPIC: What’s at Stake with the Supreme Court Nomination of Amy Coney Barrett?

You shall appoint for yourself judges and officers…and they shall judge the people with righteous judgment. Deuteronomy 16:18

As if this year and upcoming national election needed another contentious issue, a seat on the US Supreme Court has become vacant after the death of long-time Justice, Ruth Bader Ginsburg.

TOPIC: What Impact Will the Supreme Court’s Unrighteous Judgment Have?

You [Moses] shall appoint for yourself judges and officers in all your towns which the Lord your God is giving you…and they shall judge the people with righteous judgment. Deuteronomy 16:18 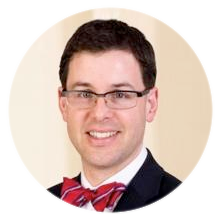 hat with the attempted removal of the President from office, the […]

TCW Minute: Lessons from the Kavanaugh Nomination (Week of Oct. 8, 2018)

Lessons from the Kavanaugh nomination.  This is David Wheaton, host of The Christian Worldview.

After weeks of drama, including accusations of sexual assault, protests, and non-stop media coverage, the Senate narrowly voted to confirm Brett Kavanaugh to the Supreme Court.

There are many lessons here.  One is that elections matter.  Imagine what kind of judge Hillary Clinton would have nominated had she been president.  Consider Kavanaugh’s chances of confirmation if Republicans hadn’t held a slight majority […]

TOPIC: Your Feedback: Is President Trump Making America Great? (and What You Made of Thursday’s Judiciary Hearing Regarding Judge Brett Kavanaugh)

For the nation and the kingdom which will not serve you will perish, and the nations will be utterly ruined.  Isaiah 60:12

Last week on the program, we examined the question, “Is President Trump Making America Great” (as per his campaign slogan to “Make America Great Again”).

We first looked at whether America is or isn’t a great nation and how humanistic and Christian-based worldviews arrive at very different answers to that question.

How to respond to the moral revolution?  This is David Wheaton, host of The Christian Worldview.

“We are living in the midst of a revolution…one that is transforming the entire moral structure of meaning and life that human beings have recognized for millennia.”  So writes Dr. Albert Mohler in his new book, We Cannot Be Silent.

This revolution did not start and will not end with the Supreme Court decision affirming homosexual marriage.  Secularization of our […]

Jesus answered and said, “Have you not read that He who created them from the beginning made them male and female, and said, ‘For this reason a man shall leave his father and mother and be joined to his wife, and the two shall become one flesh’? Matthew 19:4-5[…]