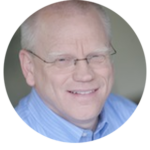 “Evangelical” has become a very broad term with hardly any meaning. It once described a follower of Christ who believed in the complete truthfulness of Scripture, essential doctrines about salvation, sin, God, Christ, the call to tell others about the gospel of Christ, and more.

Today, seemingly every professing Christian who is not part of the totally compromised liberal mainline denominations self-identifies as an “Evangelical”…except for those who want to avoid at all costs being associated with Donald Trump, for whom Evangelicals mostly voted.

But the doctrinal stances of professing Evangelicals today, including Evangelical churches and organizations—on interpreting Scripture or hot button issues like homosexuality, race, and women in preaching roles—span such a wide spectrum that the term has all been but lost.

With the Evangelical church and movement becoming a mile wide and an inch deep, is it possible and even advisable to try to recapture the term back to its more faithful roots?

Don Green, founding pastor of Truth Community Church in Cincinnati, Ohio, joins us on The Christian Worldview to discuss what was an “Evangelical”, what caused the compromise, and whether Evangelicalism is reformable? Don is preaching at the upcoming “Reforming Evangelicalism” conference at Grace Church in Greeley, CO, which you can attend or watch online.