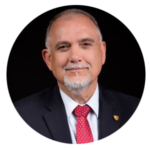 The Southern Baptist Convention (SBC) is the largest Protestant denomination in the United States with over 47,000 churches and 14 million members. The SBC also operates five seminaries, the Ethics and Religious Liberty Commission (ERLC), Lifeway Christian Resources, the North American Mission Board (NAMB), and more.

So when a 400-page report released recently detailing sexual abuse and cover up by SBC leadership and an allegation of sexual assault by a former SBC president, shock waves reverberated inside and outside the denomination.

This is yet another sordid situation at the SBC. You may remember the sermon plagiarism scandal that the current president Ed Litton was involved in. Or the passage of Resolution 9 to use Critical Race Theory as an “analytical tool”. Or the ongoing battle within the denomination with regard to women preaching to men, professing Christians who identify as “same-sex attracted”, and “social justice” as a “gospel issue”.

Some might conclude the SBC is like a soap opera but it’s worse than that—flagrant sin, errant doctrine, and false teachers have infiltrated the denomination and churches and people are being harmed…and God is not glorified.

Just a couple weeks from now, the SBC will gather for its annual meeting in Anaheim, CA, where the “messengers” will elect a new president to replace Ed Litton. Tom Ascol, senior pastor of Grace Baptist Church and president of Founders Ministries, is one of three candidates for president and he joins us this weekend on The Christian Worldview.