TOPIC: The Totalitarian Tide … That’s Likely Not Going Out

They will lay their hands on you and will persecute you, delivering you to the synagogues and prisons, bringing you before kings and governors for My name’s sake. Luke 21:12.

The dictionary defines totalitarian as 1.) “relating to a centralized government that does not tolerate parties of differing opinion and that exercises dictatorial control over many aspects of life” and 2.) “exercising control over the freedom, will, or thought of others.”

The key words to notice […]

Should you visit The Shack?  This is David Wheaton, host of The Christian Worldview.

The Shack by Paul Young has sold over 20 million copies since 2007.  The movie version just debuted and has already grossed over $42 million.

Many who read the book or see the movie say they see God in a “fresh way.”  Others say The Shack misrepresents the Trinity.

In Young’s latest book, Lies We Believe About God, he makes his beliefs very […]

Why You Should Not Visit The Shack

For the time will come when they will not endure sound doctrine; but wanting to have their ears tickled, they will accumulate for themselves teachers in accordance to their own desires, and will turn away their ears from the truth and will turn aside to myths. 2 Timothy 4:3-4 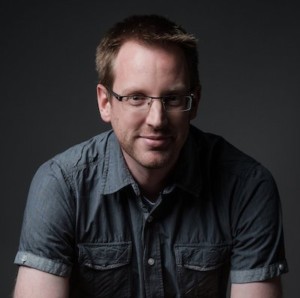 The Shack by author Paul Young has sold over 20 […]

If anyone comes to you and does not bring this teaching, do not receive him into your house, and do not give him a greeting; 11 for the one who gives him a greeting participates in his evil deeds.  2 John 10-11

The New Apostolic Reformation (NAR) is the fastest growing […]

So they went into the ark to Noah, by twos of all flesh in which was the breath of life.  Those that entered, male and female of all flesh, entered as God had commanded him; and the Lord closed it behind him. Genesis 7:15-16

In America’s culture of […]

Can Unity Come From Diversity?

Perhaps since the Civil War, our country has never been more divided.  Republicans and Democrats have vastly different ideas for governing.  Blacks believe the police, particularly white officers, use disproportionate […]

Standing on the Promises of God or the Trends of Man?

For we do not preach ourselves but Christ Jesus as Lord, and ourselves as your bond-servants for Jesus’ sake. 2 Corinthians 4:5

As our culture has become increasingly secular over the past few decades, evangelical church leaders have adapted their services to attract especially a younger generation that hasn’t been exposed to traditional biblical Christianity.

Verse by verse preaching has been replaced with messages on felt […]

Is There Really a Communist Influence in America?

“You know that the rulers of the Gentiles lord it over them, and their great men exercise authority over them.” —Jesus (Matthew 20:25)

Didn’t communism enter the dust bin of history with the break up of the Soviet Union in the early 1990s?  Sure, the Communist Party may still hold political power in China but don’t they have a free-market economy now?

Guest: Dr. John Street, professor and chair of the graduate program in biblical counseling, The Master’s College and Seminary

God created man in His own image, in the image of God He created him; male and female He created them. Genesis 1:27

The ink was barely dry on the Supreme […]

Guest: Dr. Albert Mohler, author, We Cannot Be Silent And just as they did not see fit to acknowledge God any longer, God gave them over to a depraved mind, to do those things which are not proper…and although they know the ordinance of God, that those who practice such things are worthy of death, they not only do the same, but also give hearty approval to those who practice them.  […]