TOPIC: Do You Have a Pilgrim’s Mindset?

Beloved, I beg you as sojourners and pilgrims, abstain from fleshly lusts which war against the soul, having your conduct honorable among the Gentiles, that when they speak against you as evildoers, they may, by your good works which they observe, glorify God in the day of visitation. 1 Peter 2:11-12

In a bygone era in America, it was widely affirmed that the Pilgrims’ founding of Plymouth Colony in New England and the self-governing principles of the Mayflower Compact that they agreed to prior to arriving in 1620, were the foundation of our government “of, by, and for the people” that has made this country unique and great.

But then New York Times decided in their “1619 Project” that America was actually founded the year before the Pilgrims arrived when the first black slave was brought to America. In other words, the American story is really about racism rather than religious liberty.

The definition of pilgrim is one who “journeys to a sacred place for religious reasons.” Peter uses the term for fellow believers saying in his letter, “Beloved, I beg you as sojourners and pilgrims…”

What does it mean to be a pilgrim Christian? Who were the American Pilgrims? What did they believe? How does their worldview compare with ours today?

Join us this Thanksgiving weekend on The Christian Worldview as we examine the mindset of the Pilgrims and why Christians today could use a whole lot more of it. 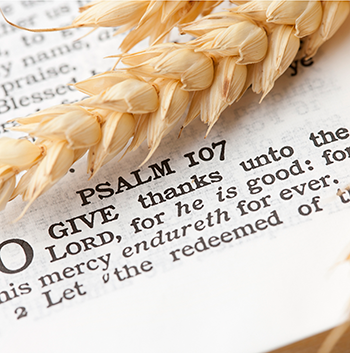