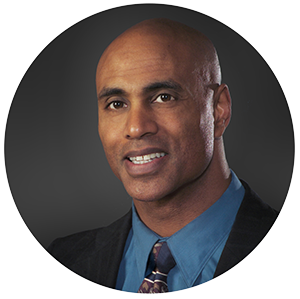 Do you not know that those who run in a race all run, but only one receives the prize? Run in such a way that you may win.  Everyone who competes in the games exercises self-control in all things. They then do it to receive a perishable wreath, but we an imperishable.  1 Corinthians 9:24-25

An idol is something or someone that is venerated above God. To identify the idols of a society, just ask, “What attracts people’s attention to the neglect of God?”

Wealth, influence, celebrity, material items, and even Ivy League education are just a few examples of the idols in our country. Sadly, too many worship these man-made gods rather than the one true God.

The idol list would not be complete without mentioning sports. There are television and radio stations devoted to discussing sports 24/7. The heroes of our society are those who get paid tens of millions of dollars to throw, run, jump, and hit.

But don’t blame the athletes for their disproportionately high paychecks—it’s the millions of idol-worshippers in the stands and living rooms who the owners, advertisers, and media know will pay vast sums of money to buy tickets, merchandise, products, and subscriptions to watch their athletic idols.

It’s not just pro and college sports where the idol worshipping takes place.  Many parents make great sacrifices—financial, family, spiritual—as they worship at the altar of their child’s involvement in sports.

And yet sports are not sinful in and of themselves.  The Bible frequently uses sports metaphors for spiritual lessons.  God uses the qualities learned through sports—discipline, training, endurance, success, setbacks—to shape one’s character.

Football coach Ron Brown is the co-founder of Kingdom Sports, a ministry that uses “sports to help athletes, coaches and parents see their need for King Jesus and serve Him within His Kingdom”.  Ron will join us this weekend on The Christian Worldview to discuss how parents and athletes can have a biblical perspective so that sports isn’t an idol but rather pursued for the glory of God.

Short Take #1: How would you describe the sports landscape in America?

Short Take #2: What are the dangers and opportunities of sports?

Short Take #3: How to block out worldly perspective and integrate biblical perspective?

Short Take #4: What kinds of things are you saying to athletes when you’re coaching them?