TOPIC: The Four Propositions of Easter 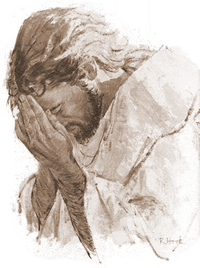 This coming week is known as “Passion Week”, referring to the passionate work that Jesus Christ put forth nearly 2000 years ago.

It started on Sunday when Jesus rode on a donkey’s colt into Jerusalem, announcing Himself to the Jewish nation as their long-prophesied Messiah. Most rejected Him.

By late Thursday night, just hours after eating his final meal with His disciples, He was betrayed in a garden by His own disciple Judas. Early Friday morning He was illegally and falsely tried before Jewish and Roman authorities, crucified at 9am and died around 3pm.

His body was placed in a sealed tomb in the late afternoon on Friday and guarded by soldiers through early Sunday morning, when a truly amazing and miraculous event occurred—Jesus rose from the dead and appeared alive to His disciples and more than 500 people!

This Palm Sunday weekend on The Christian Worldview, we will discuss four propositions of Easter—that Jesus died, was buried, was raised, and appeared to many—and why these are so important.