TOPIC: How Social Justice Is Corrupting the Faith and Moving Christians Left

“But false prophets also arose among the people, just as there will also be false teachers among you, who will secretly introduce destructive heresies…” 2 Peter 2:1 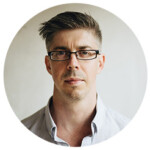 A Brookings Institution column this year concluded this way: “Though President Trump is a candidate whose personal behavior has often been at odds with the values espoused by many evangelicals, any potential path he has to remain in the White House after January 20, 2021 must pass between the pews of white evangelical churches. In turn, Democratic Party leaders have opportunities to interrupt that passage by paying attention to evangelicals, especially unaffiliated evangelicals persuadable to add their votes to the 2020 Democratic coalition.”

In short, Evangelical Christians are the key voting demographic in a national election, which explains why there is so much effort expended to make them vote a certain way.

As Ben Hall, a columnist for The American Spectator and our guest this weekend on The Christian Worldview, will explain, the crack-in-the-wall of persuading Evangelicals to depart their Republican base and vote for Democrats centers around the issue of social justice. After all, when words like “love, equity, and justice” are championed, shouldn’t Christians be for candidates who “fight” for these qualities in society?

Join us for an important discussion on how social justice is corrupting the faith and moving Christians left politically.

Short Take: Why are Christians so susceptible to the deceit of language?

Short Take: How is the actual racism of social justice advocates overlooked?

Short Take: Why are Christians so susceptible to the deceit of language?