TOPIC: How the Popularity of Mayor Pete Buttigieg Reflects the Worldview Transformation of America 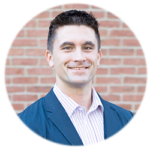 I am amazed that you are so quickly deserting Him who called you by the grace of Christ, for a different gospel; which is really not another; only there are some who are disturbing you and want to distort the gospel of Christ.  Galatians 1:6-7

So what has made this young man so attractive to voters, above far more prominent candidates such as Senators Kamala Harris and Elizabeth Warren, former Texas Rep. Beto O’Rourke, and others?

He professes to be a Christian and speaks regularly of his “progressive” faith.  He is also “married” … to a man.  As for his family background, the Washington Examiner reports that Buttigieg’s father was a Marxist professor at Notre Dame.

Taken all together, one might ask, “Is Mayor Pete Buttigieg a reflection of the changing worldview of our country?”

Greg Gilbert, senior pastor of Third Avenue Baptist Church in Louisville, KY, will join us  to discuss this, along with the political divide, “progressive” interpretation of Scripture, and the face-off between religious rights vs. homosexual/transgender demands.

Short Take #1: How has the worldview change in our country happened so quickly?

Short Take #2: What is the future for those who stand for biblical truth over LGBTQ demands?

Short Take #3: How will Evangelicals view this liberal interpretation of Scripture?

Short Take #4: How might exterior persona and the words of Pete Buttigieg fool you?