Is There Really a Communist Influence in America?

“You know that the rulers of the Gentiles lord it over them, and their great men exercise authority over them.” —Jesus (Matthew 20:25) 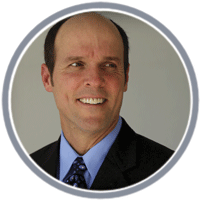 Didn’t communism enter the dust bin of history with the break up of the Soviet Union in the early 1990s?  Sure, the Communist Party may still hold political power in China but don’t they have a free-market economy now?

And here in America, as victors of the Cold War and half a century past the communist “witch hunt” hearings, no one really believes communism has any influence in the land of the free and the home of capitalism, do they?

Communism is characterized by a strong, centralized government that controls, or at least highly regulates, every area of life—economy, banking, taxation, health care, education, environment, business, social values, and even speech, media, and religion.

Curtis Bowers has produced a sequel to his award-winning documentary Agenda: Grinding America Down.  His latest film is titled Agenda 2: Masters of Deceit, which traces the pervading influence of the communist worldview in almost every sector of life in America.  He joins us this weekend on The Christian Worldview.