TOPIC: Mid-Term Election Follow Up: How a Red Wave Turned Into a Red Ripple? 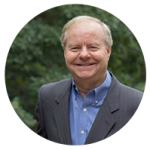 For the last two years, Democrats held majorities in both the US House and US Senate and the White House with President Biden. This has allowed them to push through all manner of God-rejecting policies on the country.

But as the mid-term election loomed, and pundits, polls, and history all concurred that a Red Wave of Republican victories would hold the Democrats in check. After all, the party out of power typically does very well in the mid-terms, as voters sour on one-party rule.

With 70% of people saying the country is headed in the wrong direction, a Red Wave seemed inevitable. But the results were more of a Red Ripple—Republicans gained a slight majority in the House, won some governorships, and are hoping three not-yet-called races in Arizona, Nevada, and Georgia will put them in the majority in the US Senate.

One bright spot for Republicans was Florida. The voting process was cleaned up and Ron DeSantis won in dominating fashion for Governor, as did Marco Rubio for US Senate.

The question we will examine today is—why didn’t Republicans do even better? Robert Knight, columnist for the Washington Times and author of the new book, Crooked: What Really Happened in the 2020 Election and How to Stop the Fraud will join us.