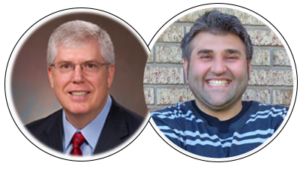 President Biden and the Left have held majority power in the White House and Congress for nearly two years. And what a wicked two years it has been for the country.

The federal law allowing abortion in all states may have been rightly overturned by the Supreme Court but those on the God-rejecting Left are relentless in their blood thirst to restore the “right” to murder the unborn.

Transgenderism, the abominable, destructive lie that a person can change their gender, is pushed down our throats at every turn—in schools, the military, corporations, government, media, drag queen shows…everywhere. Children are having their body parts surgically mutilated or taking powerful hormonal drugs in the futile and harmful attempt to be something they can not be. This abomination has full-throated support of the Biden administration.

Hundreds of thousands, perhaps millions, of illegal immigrants have been allowed to enter our country across the southern border. Murder, carjackings, and violence are rampant in our major cities. The foolish decision to print trillions of dollars has inflated the cost of everything, thus devaluing the money you currently have. Throttling fossil fuel production due to the climate change hysteria is another nation-diminishing policy of the Left.

This is a short sample of what the Democrats have inflicted upon this once-great and God-revering nation in their attempt to cast off God and remake the world in their Tower of Babel globalist dystopia.

Who Americans choose in the mid-term election, which concludes on Tuesday, November 8, will tell us much about the worldview and spiritual condition of the people. It’s hard to believe that anyone would conclude the country is on the right track but such is the level of deception when one sees evil as good.

Mat Staver, founder and chairman of Liberty Counsel, an overtly Christian organization that advances “religious freedom, the sanctity of human life and the family through strategic litigation” joins us to discuss what is at stake in this election.

Also, Andrew DeBartolo, Canadian pastor and Director of Operations for Liberty Coalition Canada, will update us on what is taking place in Canada and explain why the accusation of “Christian Nationalism” is just a ruse to keep Christians silent.