TOPIC: Mueller Report: No Trump Collusion with Russia. What This Says About 2019 America? 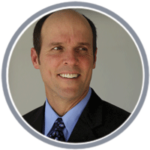 You shall not bear a false report; do not join your hand with a wicked man to be a malicious witness.  Exodus 23:1

The Robert Mueller-led investigation as to whether Donald Trump colluded with Russia to win the 2016 presidential election has been the biggest news story of the last two years.

To follow any mainstream media or cable news outlet during this time, except Fox News Channel, was to hear an incessant drumbeat that President Trump was guilty and on his way to being impeached.

Well, the Mueller report was recently released, and after an investigation that will cost American taxpayers an estimated $34 million, and that included 19 lawyers, 40 FBI agents, and other staff and which led to 199 criminal charges, 37 indictments or guilty pleas, and five prison sentences, it turned out that Trump didn’t collude with Russia.

In other words, Democrat leadership failed in concocting a false allegation that could have removed a duly elected president.

This weekend on The Christian Worldview, Curtis Bowers, producer of the award-winning Agenda films, will join us to discuss what the Mueller investigation says about America in 2019 and why the worldview of socialism is becoming more popular.

Short Take #1: What does the Mueller investigation of President Trump say about Democrat leadership and the media?

Short Take #2: What do you make of the popularity of Bernie Sanders and Alexandria Ocasio-Cortes and the leftist worldview of Democrat leadership?

Short Take #3: Why is socialism the default state of unregenerate mankind?

Short Take #4: How and where is socialism manifested in American society today?

Short Take #5: How is the worldview of socialism impacting the evangelical church?