TOPIC: Transhumanism and the Quest to be Like God 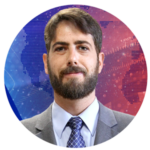 GUEST: ALEX NEWMAN, Journalist and CEO, Liberty Sentinel Media
All that is happening in the world and our country seems so complex as to defy simple explanations.

Is there any correlation between inflation, energy dependence, the push for globalism, Critical Theory in government education, food shortages, gun control, promotion of transgenderism, and division in the evangelical church? These issues, and others like open immigration, abortion-on-demand, and environmentalism, are in fact all related by the underlying worldview that advocates for them.

Once one understands that worldview and where that worldview is striving to lead humanity, then lots of seemingly disparate issues and events start making sense. In short, it’s a worldview that rejects God and His Word and actually seeks to be God.

Our guest this weekend and next on The Christian Worldview is Alex Newman. Alex is an international journalist, the CEO of Liberty Sentinel Media and a senior editor for The New American Magazine. He is also a writer for The Epoch Times and the author of two books, Deep State: The Invisible Government Behind The Scenes and Crimes of The Educators: How Utopians Are Using Government Schools to Destroy America’s Children.

In part 1, Alex will address the push for globalism, the influence of the Deep State, and the technology of transhumanism and how man’s impotent purpose can never thwart God’s omnipotent plans.