TOPIC: What Present-Day Christians Need to Learn and Apply from the Puritans, Part 2

It’s sad that the legacy of the Puritans is either not known or misconstrued today. They rose to prominence in the second half of the 1500s and influenced Protestant Christianity and Western Europe and the forming of America more than any other people or movement.

The Puritans were born again Christians who applied Scripture to every area of life. No doubt they would be pejoratively labeled “Christian nationalists” today. Some sought to “purify” the compromising Church of England. Others, as in the case of the Pilgrims, a more independent branch of the Puritans, sailed to the New World to establish their own colony.

There is much that present-day Christians need to learn and apply from the convictions and lives of the Puritans. Joel Beeke, president of Puritan Reformed Theological Seminary and founder of Reformation Heritage Books, the largest publisher of Puritan resources, joins us on The Christian Worldview for part two of our discussion of the Puritans.

NEW Featured Resource
for a donation of any amount! 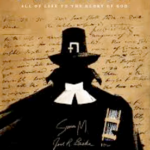 With Reformation Day approaching on October 31 and Thanksgiving in November, this two-hour film would be excellent to show to your family or church. It features preachers and scholars such as Al Mohler, John MacArthur, John Piper, Sinclair Ferguson, Steven Lawson, Stephen Nichols, Kevin DeYoung, and more providing insight on the Puritans.