Recently on the program we have discussed how wide the worldview divide has become in our nation.  On one side there are those with a traditional American worldview—they generally believe in God, more limited government, free market economics, equal opportunity for all, national sovereignty, border control, and heterosexual morality/marriage, and individual liberties of life, speech, and religion.  President Trump and Republican Party candidates generally align with this worldview.

On the other side are those who have a socialistic worldview—they are mostly secular or religiously pluralistic, believe in regulating, redistributing expansive government, equal outcomes for identity groups based on race, gender, class, sexuality, etc, loose immigration, homosexual/transgender morality, and a woman’s right to abortion.  Former President Obama and the Democrat Party candidates generally align with this worldview.

If you mute the rhetoric coming from both sides leading into the mid-term election on Tue, Nov. 6, the choice really comes down to candidates who support Americanism or support Socialism, which the dictionary defines as “(in Marxist theory) the stage following capitalism in the transition of a society to communism, characterized by the imperfect implementation of collectivist principles.”

This weekend on The Christian Worldview, Robert Knight, columnist for the Washington Times, joins us to discuss the worldview divide in the mid-term elections and what’s at stake.  We encourage you to tune in, pray that God and His ways would be honored in our nation, and to vote on Tuesday. 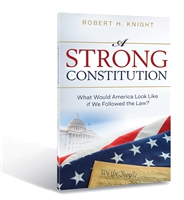 A Strong Constitution: What Would America Look Like If We Followed the Law? (96 pages) 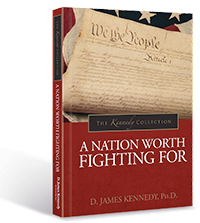 A Nation Worth Fighting For: 10 Steps to Restore Freedom (144 pages)

Send a check or money order to: