So they went into the ark to Noah, by twos of all flesh in which was the breath of life.  Those that entered, male and female of all flesh, entered as God had commanded him; and the Lord closed it behind him. Genesis 7:15-16 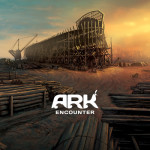 In America’s culture of division, even opening a privately-funded Christian theme park that features a life-size replica of Noah’s Ark brings out the flame throwers.  The head of one atheist organization protested: “Basically, this boat is a church raising scientifically illiterate children and lying to them about science.  It’s a clear violation of separation of church and state.”

Another great division in this country is between blacks and law enforcement.  Blacks believe they are unjustly targeted by police, pointing to recent shootings of blacks by police officers in Minnesota and Louisiana.  The rest of the country wonders if there can ever be racial harmony, especially after five white police officers were murdered in Dallas by a black man.

Joining us this weekend on The Christian Worldview are Ken Ham, president of Answers in Genesis, the ministry that just opened Ark Encounter in northern Kentucky, and Jim Warner Wallace, a cold-case detective and Christian apologist, who will discuss his recent column, Six Things That May Change the Way You Think About Police Officers.