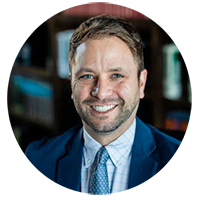 Last week in part 1, Owen Strachan, professor of theology at Grace Bible Theological Seminary and author of Christianity and Wokeness, explained how the new religion of “wokeness” has taken captive the minds of Americans in every sector of our society: politics, education, media, business, and yes, even the Evangelical church.

Owen defined wokeness as “being awake” to the systemic injustice that characterizes our nation, with regard to white-black “race” relations but also with other groups who identify as minorities and thus oppressed—women, homosexuals, transgenders, and immigrants.

The ironic thing is that despite all the progress that has been made in hearts and laws over the last century to create a more equal society, it’s as if the nation suddenly discovered what an oppressive nation we are.

Equality is not the point—punishment and payback are. The oppressors (i.e. whites, Christians, males) must be toppled and the oppressed (“people of color”, “queer”, and women) must be put in power.

This week in part 2, Strachan (pronounced “stran”) will explain how wokeness is really just an updated version of Marxism, how it rejects God’s order for creation, and how it fosters grievance, blame, and division rather than peace and unity based on the gospel of Christ.

We will hear more from Twila Brase of Citizens’ Council for Health Freedom on the proposed “pandemic treaty” between the United States and the World Health Organization.

Also, General Michael Flynn will be the speaker at Citizens’ Council for Health Freedom’s dinner on Thur, Sept. 15 in St. Paul, MN. 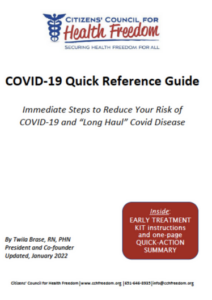