TOPIC: Easter Special—Why Is the Resurrection of Christ Unique and Important? 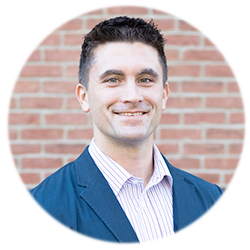 Nearly 2000 years ago, the most important three days in history took place when Jesus Christ was crucified on a cross on Friday, buried in a tomb, and then rose from the dead three days later on Sunday, after which he appeared to hundreds of eyewitnesses.

The reason these events are so consequential is that Jesus was prophesied to be, claimed to be, and proved by supernatural miracles to be the Son of God, who entered our world and offered his life to pay the death penalty for our sin so that those who believe in Him could be reconciled to God.

As Scripture puts it: “He [God] made Him [Christ] who knew no sin to be sin on our behalf, so that we might become the righteousness of God in Him” (2 Corinthians 5:21).

The climax of that weekend was the resurrection—Jesus rising from the dead. “He is risen!” is the exultant proclamation of Christians around the world. Why is the resurrection of Christ so important? What does it mean for the believer? And why do so many not believe in Christ’s resurrection, despite ten post-resurrection appearances and over 500 eyewitnesses seeing the risen Christ at one time?

Greg Gilbert, senior pastor of Third Avenue Baptist Church in Louisville, KY, joins us this weekend on The Christian Worldview. Greg is also the author of several books, including What Is The Gospel?, Who Is Jesus?, and Why Trust the Bible?