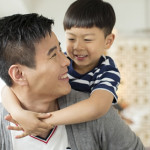 Now Eli was very old; and he heard all that his sons were doing to all Israel, and … he said to them, “Why do you do such things, the evil things that I hear from all these people?” … But they would not listen to the voice of their father, for the Lord desired to put them to death.  1 Samuel 2 22-25 excerpts

“There’s an emerging America where issues like children, religion and patriotism are far less important.  And in America, it’s the emerging generation that calls the shots about where the country is headed.”

That is a foreboding quote from one of the pollsters who conducted the Wall Street Journal and NBC News poll in late August about the values of Americans across generational lines.  The contrast between the younger and older is indeed stark.

There were several other differences in values that we will discuss this weekend on The Christian Worldview Radio Program, but they all point to a bigger question: why do younger people tend to eschew the values of their elders?

This is seen regularly in Scripture with the children of notable, faithful characters like Eli, Samuel, and King David.  And this is experienced today by Christian parents who raise their children only to see them walk away from the faith.

Be sure to tune is as we examine the results of this poll, explain why this happens, and then look to Scripture for guidance in raising the next generation that loves and honors God.