TOPIC: What Present-Day Christians Need to Learn and Apply from the Puritans – Part 1 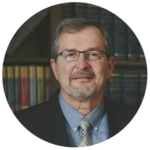 In 2000 years of church history, the two most prominent eras for the propagation of sound doctrine were in the first century when the apostles of Christ took the gospel across the Roman Empire and then in the 1500s and 1600s when the Protestant Reformation took place.

But as always, Satan, along with those who knowingly or unknowingly are used by him, attack and undermine anything that accurately represents God and His word.

In the mid-1500s in England, just 40 or so years after Roman Catholic monk Martin Luther nailed his 95 Theses for church reform on the church door in Wittenberg, Germany (Oct. 31, 1517), a group of devout Christians known as the Puritans emerged. Some Puritans worked within the Protestant Church of England to “purify” it from the influence of Roman Catholicism and the British monarchs while other Puritans separated from the state church, suffering persecution, dispersion, and martyrdom.

The Puritans—men like John Bunyan, John Winthrop, Samual Rutherford, William Perkins, John Foxe, and others—were marked by everything the current-day mainstream Evangelical movement is not—a high and holy view of God, the absolute authority of God’s Word on all matters of life and faith, an accurate proclamation of the gospel, and a deep commitment to personal sanctification. Put another way, the Puritans were laser-focused on a precise understanding of God and applying His word to every area of life.

This week and next in the lead-up to the commemoration of Reformation Day (Oct. 31, 1517) and Thanksgiving (i.e. the America Pilgrims were a branch of the Puritans), we will be joined by a man who is an expert on the Puritans—Joel Beeke. Joel is president of Puritan Reformed Theological Seminary, minister of the Heritage Reformed Congregation in Grand Rapids, Michigan, and also the host of the excellent documentary film, PURITAN: All of Life to the Glory of God.

There is a lot for Christians and churches today to learn and apply from the Puritans and so we hope you are able to join us for this two-part series.

NEW Featured Resource
for a donation of any amount! 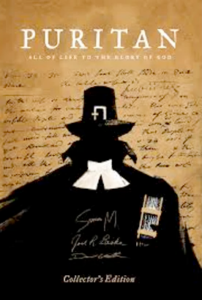