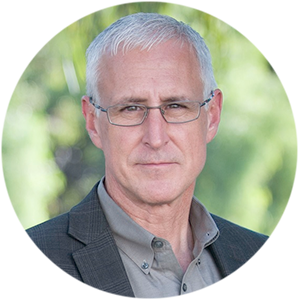 For since the creation of the world His invisible attributes, His eternal power and divine nature, have been clearly seen, being understood through what has been made, so that they are without excuse.  Romans 1:20

When God told Adam and Eve in the Garden of Eden that they could eat from any tree except for one, that was a test of faith.  Would Adam and Eve trust God at His word or would they doubt Him and disobey?

Fast forward to today and faith is still God’s test, whether it’s looking at God’s creation and having faith that He exists, whether studying the Bible and placing faith in its reliability, or whether listening to our conscience and by faith knowing there are universal truths placed there.

These are not long leaps of faith but rather honestly considering all the evidence and reasonably concluding that what God has said and revealed is true, even if we can’t see and know everything.

J. Warner Wallace is a former cold case homicide detective in Los Angeles.  He is also a former atheist who thought investigating the veracity of the Bible and Jesus would be like investigating Santa Claus.  That is, until he started to put his detective skills to work and found out the evidence about God, Jesus, and the Bible is beyond any reasonable doubt.

Now an author and speaker on apologetics, Wallace joins us this weekend to answer some of the perennial questions about the Christian faith pertaining to the existence of God, evil and suffering, the reliability of Scripture, and more.